Kolkata’s cultural heritage, there are endless sites to be visited throughout the city. From museums and galleries housing works by some of the area’s best artists to striking architectural monuments and historic sites, Kolkata has it all. The city’s religious buildings, whether they are Muslim, Christian or Hindu, offer a look at the various traditions of each faith and indeed a fascinating look at the different design features embraced. With its strong history and traditions, Kolkata has more options for sightseeing than you will have time to explore. 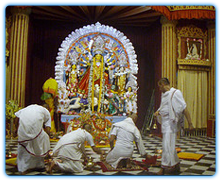 This fabulous museum contains pieces that express particularly Bengali craftsmanship and design. It’s well worth an afternoon stroll to get out of the sun.

ASIATIC SOCIETY
The oldest of its type in Asia, the Asiatic Society boasts beautiful buildings and its rooms house works of art from such prominent artists as Rubens and Guiles. The library features ancient manuscripts, engravings and coins.

BELUR MATH
This spectacular display of unique world architecture is the headquarters of the Ramakrishna Mission. It is located along the banks of the river, 6kms north of Kolkata and depending which side you view it from, gives the impression of being a mosque, a temple or a church. 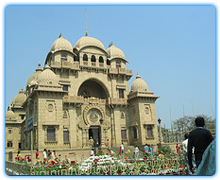 This is the main administration and commerce centre west of Bengal. Here you will find many of the major state buildings with some of the city’s most unique - and often Western - architectural styles. The Writer’s Building along with Fort William are among two of the most well known monuments in the square.

DAKSHINESWAR TEMPLE
This site has one temple devoted to the goddess Kail and 12 devoted to the god Shiva. These sites are worth a visit, and provide some of the best photo ops that will be sure to impress all back home.

HOWRAH BRIDGE
This impressive cantilever bridge is the third largest in the world and can accommodate eight lanes of traffic. It was first opened in 1943 and is over 21 metres wide. 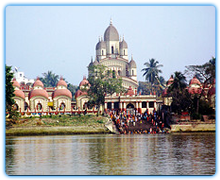 The city’s High Court is one of the only examples of Gothic architecture in Kolkata and offers spectacular panoramic views of the city from its Judicature building.

JAIN TEMPLE
An innovative jeweller took it upon himself to design and build this masterpiece of Indian art in the late 1800s. The most beautiful and intricate features are the hand-painted panels which re-enact scenes from Jain mythology.

MARBLE PALACE
This spectacular building contains an outstandingly impressive collection of art and antiques from around Europe. Fountains from Rome, clocks from Geneva and coveted paintings by Joshua Reynolds and the infamous Rubens feature in the collection. Nearly a hundred types of marble from all corners of the globe have been brought to the Asian site and used throughout the interior of the building. 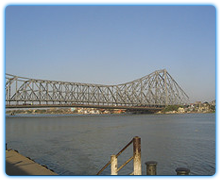 Arguably India’s finest example of Georgian architecture, Raj Bhavan was once the official residence of the British governor during the period of British rule in India. Tipu Sultan’s throne is one of the site’s most interesting attractions, while the ballroom dance floor is the most sparklingly polished in all of India.

ST PAUL'S CATHEDRAL
St Paul’s was the first cathedral to be built in India and was constructed in a curious yet striking Indo-Gothic style. The stained-glass windows are the only ones that can be found in the city, while mosaics, murals and European-inspired frescoes add to the unique charm of the cathedral.