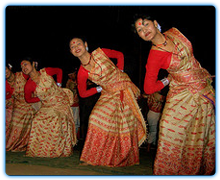 Assam , the second largest state of the North East is also known as the land home of the mighty rivers Brahmaputra . It is one of the most developed states in the North East as it is been blessed with one of the main sources of its revenue . It is known for its highest timbers producers of the country. Digboi town is known for its oldest and Asia’s first oil refinery. Her tea estates produce over half of the country’s production.

A "Peerless" land, as that is what Assam means owing its derivation from a Sanskrit word 'ASOMA', is an entryway to the North East India. It is a region where nature herself has painted the vibrant landscape, hillocks, woods , brooks and streams, flora and fauna and above all the affectionate people. Crafted with much special care, the state of Assam cast a spell on the travelers exploring the treasures of pleasure. An abode of one horned rhino, blue rivers and red mountains, aromatic tea gardens make Tourism in Assam a special experience. Assam bears a testimony of rich cultural heritage through its temples, monuments, and torrential Brahmaputra River. It is legendary state in terms of traditions and civilization.

How to Reach Assam
Rail: Assam is well connected with rest of India. Rajdhani Express from Delhi will take you to Guwahati in about 24 to 36 hours.
Air: Guwahati, Tezpur, Jorhat, Dibrugarh, Lakimpur, Silchar are the Airports that provide Air Connectivity to Assam.
Road: A web of bus network operates around the by private transporters and Assam State Transport Corporation.
Best time to visit: Assam is in the months of October to March 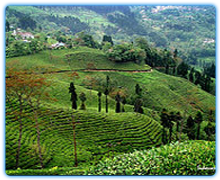 Darjeeling is one of the most magnificent hill resorts in the world. This heavenly retreat is bathed in hues of every shade. The flaming red rhododendrons, the sparkling white magnolias, the miles of undulating hillsides covered with emerald green tea bushes, the exotic forests of silver fir - all under the blanket of a brilliant azure sky dappled with specks of clouds, compellingly confounds Darjeeling as the Queen of Hill Station. Darjeeling - the name is derived from the Tibetian word 'Dorje' which means the precious stone or ecclesiastical sceptre, which is emblematic of the thunderbolt of Indra, and 'ling' - a place, hence the land of the thunderbolt. The sceptre of Indra is believed to have fallen at a place where now stands the Observatory Hill.

Darjeeling is a fascinating place, where the tourist can see Buddhist monasteries, visit a tea plantation, see how the tea is processed, go for a ride on the chairlift, go shopping in the colourful markets or go trekking to high altitude spots, near the border with Sikkim. Darjeeling has the unique feature of a toy train, which takes you from Jalpaiguri to Darjeeling through the steep mountainsides . 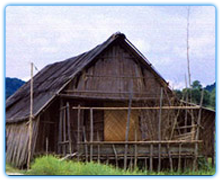 Sikkim is a wonderland in the bosom of Eastern Himalayas with its avant garde surroundings and spectacular tableau. The Shangrila, the Mt. Kanchenjunga makes Sikkim a charming land representing a concoction of Buddhism and Tibetology. With Buddhism predominant in the state you will see many monasteries and ruby clad monks here. For you, the nature lovers, the state has eminent orchids sanctuary where 500 indigenous species of orchids are found. An adventure tour in Sikkim has many druthers for adventurers. On your way to trekking you will witness many quaint dales and mountain lakes. A base for mountaineering expeditions the rivers of Teesta and Rangeet are superb for river rafting.

How to Reach Sikkim
By Air : The nearest airport Bagdogra, near Siliguri in West Bengal, is connected by air to New Delhi, Kolkata and Guawahati. You can also commute by helicopter to Sikkim.
By Rail: Siliguri (114 kms) and New Jalpaiguri (125 kms) are the two closest railway stations connecting Kolkata, Chennai, Delhi, Mumbai, Guwahati and other important cities in India with Sikkim.
By Road: The state is connected by road to Darjeeling, Kalimpong, Siliguri and also to all the District Headquarters within Sikkim. Also a bus service is offered by The Sikkim Nationalized Transport (SNT) from all major cities and towns in North Bengal to Gangtok. 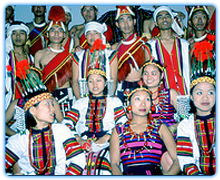 The undulating state of Nagaland is extremely charming and lovingly beautiful. A home to as many as sixteen tribes, the state has much to explore. The virgin terrains of the state are breathtakingly enchanting. You must visit Naga City to experience the panorama of nature, the warmth and hospitality of people, lavish blossoms and coy rivers making their way through the rugged terrains. If you are the victim of hectic monotonous lifestyle and then a tour to Nagaland is for you.

How to Reach
By Air: Dimapur is the only airport in Nagaland and it is well connected by flights from Delhi and Calcutta and the rest of the country.
By Rail: The important railhead in Nagaland is Dimapur on the North Eastern Railway Track.
By Road: The towns and villages of Nagaland are connected by the Nagaland State Transport Association. Buses are frequent from Dimapur to Guwahati, Shillong, Mokokchung. 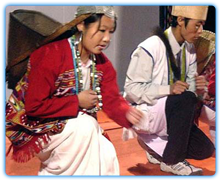 The Manipur's inspiration arise from the wondrous balance of the floa and fauna that abound in its environs. Almost 70 percent of ther is under forest cover. The stunning cobination of wet forests temperate forest sand pine forests sustain a host of rare and endemic plant and animal life. Some of the world's rarest orchids spring from the fertile soil.

Denizens of the forest include the rare hoolock gibbon the snow leopard and slow loris amongst a glaxy of othere rate fauna. Indigenous to Manipur's rich natural heritage is the sangal - the dancing deer, ther rarest of creatures that is facing extinction.

Manipur has a varied and proud history from the earliest times. It came under the British rule after the First Anglo Manipuri war of 1891. In this war, many great heroes of Manipur laid down their lives. Major General Paona Brajabashi died fighting the British Army in the battle of Khongjom. The British then captured Imphal and had General Thangal and Yuvraj(Prince) Tekendrajit hanged.

After India became independent on August 15, 1947; the Manipur Constitution Act, 1947 established a democratic form of Government with the Maharaja as the Executive Head and a legislature constituted by election on adult franchise. This legislative assembly functioned till it was dissolved on the integration of the state with the Dominion of India in October, 1949. Manipur achieved full statehood on January 21, 1972.

Mizoram
The beautiful northeastern state of India, Mizoram, slices its borders with Myanmar, Bhutan, Bangladesh, Assam and Manipur. The word Mizo means highlander and Mizoram means "the land of mizos" , the hedonists, who are very particular about their ethics and deontology. The cities of Mizoram are cocooned by the mighty mystic mountains, rare flora and fauna and thick bamboo forests. On the contrary of these woods are the precipitous hills with lavish green fields. The meandering river with a graceful gait and shimmering waterfalls make up the exorbitant atmosphere of the state. The capital city Aizwal along with many others has potential of exciting tourism in Mizoram.

How to Reach Mizoram
By Air: Aizwal is thoroughly connected by flights from major cities like Kolkata, Imphal and Guwahati.
By Rail: the closest railway stataion for Aizwal is Silchar in Assam. There are many trains from Guwahati also which take 19 hours to reach Aizwal.
By Road: Aizwal is accessible from Shillong and Guwahati by road. Aizwal is connected by buses and taxies with Silchar through NH 54. 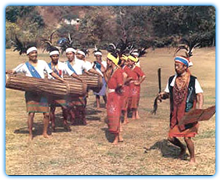 Meghalaya is an embodiment of eternal bliss and tranquility wrapped in utter beauty. The "Abode of Clouds" acquires its charm from the picturesque locales, bountiful nature, fresh and sedating surroundings and yes the adventure sports. The exposition of exuberant emerald hills and glens often bathing in frequent drizzles will resuscitate your spirits. Trip to Meghalaya promises a rendezvous with the exclusive flora and fauna, the amicable tribal folks and their cultural heritage. Tour to Meghalaya can be for adventure, for sightseeing, for resurrection or simply to relax and enjoy.

How to Reach Meghalaya
By Air: The state has no airport. Guwahati is the nearest aiprport from Shillong (128Kms). But a helicopter services is operated by Guwahati and Tura for Shillong. By Rail: The state has no railway station. Guwahati is the closest railway station.
By Road: The state has a good Road Network which encompasses the state conveniently. NH 40 connects the state with Guwahati and other cities of the country.
Entry Formalities: Foreign tourists need a valid visa which can be further extended and Indian tourists need not obtain any permit for entry. 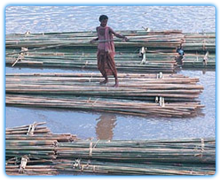 One of the seven states in the North East, Tripura is believed to be originated from "Tripura Sundari" - the supreme deity of the state remarkable in Hindus as one of the fifty one peeths of Hindu Pilgrims. In addition to this it is also maintained that primarily the land was called "Tuipra" which connotes "A land adjoining the water." Tour to Tripura will be very exciting for you because of its ethnic cultural diversity, its bountiful natural purlieus, its temples, museums and palaces. Tourist attractions of Tripura inveigle flocks of tourists.

How to Reach Tripura
By Air: Agartala, the state capital has the main airport where many public and private airlines operate regular flights. The state has 3 more airports in Khowai, Kamalpur and Kailashahar where small chartered-planes can land easily.
By Rail: The nearest railway station is Kumarghat at a distance of 140 km. from Agartala. This railway station is connected to Guwahati which is well connected by other cities.
By Road: NH 44 connects Agartala to Guwahati via Shillong. But because of location reaching Tripura is easier from Bangladesh by road